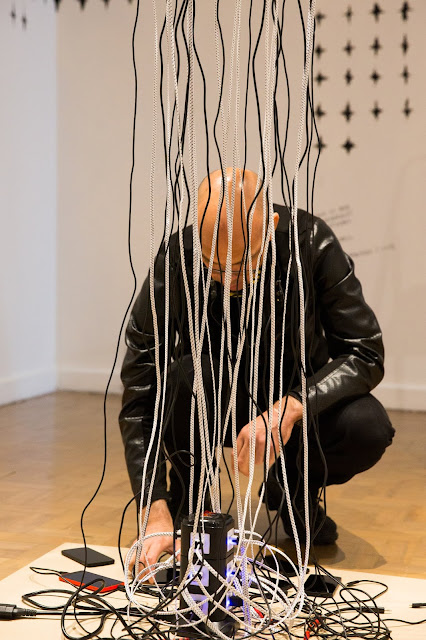 St Celfer, of Korean and American origin, returns to NYC after living between São Paulo and Seattle, the latter, off/on since 1990. A fan of Seattle grunge, was, once upon a time, in the 00’s New York scene performing, among other places, at CBGB’s, The Kitchen, Tonic, The Tank, Remote Lounge, Galapagos Art Space, Sputnik, and Stinger Club.

"There is a lot of noise today. I wonder if we just need to hear the music within it."

St Celfer employs his hydrokinetic experience - an aquatic Olympic past - to create sound in dimensions beyond the third.

During the isolation of the pandemic, St Celfer developed an innovative and sophisticated electronic instrument – a “gambiarra,” in Brasilian Portuguese – named Step4D™. This unpredictable instrument is designed to be played and heard live, in real time, and works in a way that bypasses step by step, rational thinking. Every unique performance embraces chaos and forms songs from turmoil.

St Celfer has twice been named New & Notable on BANDCAMP (2021 & 2022), and is the featured wave track for Infrasonica issue #7, ‘Voicing Abstraction’. Much of his work can also be found on his YouTube channel.